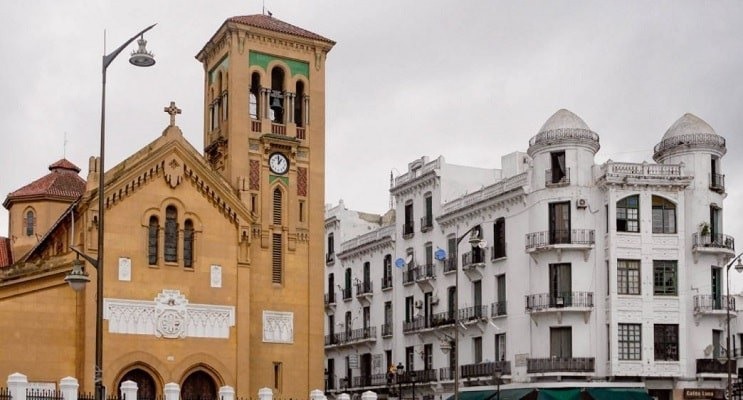 Tetouan - History and art of Morocco

A white city lost in the greenery, hidden in the valley of the river Martin and nicknamed small Andalusia. The local medina, inscribed on the UNESCO World Heritage list, is an Andalusian style and a souvenir of Arab splendor.

Tetouan is the administrative capital

From the Rif region, very well connected with other important cities, such Tangier saw Coula. It is also an important cultural center with, among others, two high schools of fine arts, a conservatory of music, two museums and a well stocked library. It was this intellectual potential and its flowery municipal gardens that gave Tetouan the name of little Andalusia.

The history of the city goes back to the 15th century, the first colony was built by a sultan of the Merinid dynasty for his soldiers, and in a short time she was convulsed by privateers who settled there with their comrades from Algeria and initiated pirate attacks against Spanish boats and the Iberian coast. This is why the Spanish king of Castile and León, Henry III of Castile, decided in 1399 to annihilate the city of Tetouan.

The city lived its rebirth with the arrival of the Arabs and the Jews fleeing Spain, In J 492, the Catholic Kings initiated a great religious purge on the Iberian peninsula. Thousands of Muslims and Jews fled to Africa to seek refuge there. Many of these escapees found shelter in the ruins of the ravaged citadel of Tetouan. The city blooms. Under Moulay Ismail, for barely two centuries later, to be at the center of a struggle of influence in Africa, opposing two European powers, Spain and England.

Finally, Tetouan was occupied by the Spaniards in 1860. At the end of the Franco-Spanish occupation of Morocco in 1956, the city was again under the authority of the Moroccan king.

In 1997, the old city of Tetouan was inscribed on the UNESCO World Heritage List for its original architecture and Andalusian decorations, visible especially on the bars of windows or the delicate finishes of window and door frames. The architecture of the medina is reminiscent of cities like Granada or Seville. Some houses are still inhabited by descendants of refugees from these Spanish cities.

The medina of Tetouan is known for its souk El Bouts, located in the heart of the old city. The stands are placed under trees, on a small square dominated by the high tower of an old fortress. In the morning you can stock up on fish and in the evening on meats. If you are looking for outfits or fabrics, it is good to visit the Ghersa el Kebira square, located near the souk, where many shops offer accessories to decorate djellabahs and caftans. On the small square of Usaa, we see working craftsmen making clothes and leather goods, of a quality equal to that of the products of Fez 'is a place bathed in colors, because the outfits of the women of the region of Tetouan are shades of bright and cheerful shades, most often red.

The medina is the most interesting at night. That's when Hassan II Square and Ahmed Torres Street become real shows with music, songs and dances. All locals practice a traditional evening walk, ending with a dinner.

Near the walls of the old town, the Archaeological Museum stands. On the ground floor, you can admire a collection of Neolithic objects, found near Asilah or a model showing the cromlechs of M'Soura. A major attraction, the mosaics of Lixus, present Venus with his beloved Adonis or Mars with the mother of Remus and Romulus, Rhea Silvia. In the windows we see exposed, among others, toiletries from the Roman era. The rich collection of Roman coins on the first floor regales the numismatists. Do not miss the garden where you can see amphorae, stelae (funerary monuments) with Phoenician inscriptions, geometric mosaics imported from Lixus or antique olive oil presses and burrs .

Always near the walls of the city, there is the School of traditional crafts. In a dozen workshops, more than 250 students are preparing to practice their profession. They learn to weave carpets, to embroider, to elaborate mosaics and ceramics, to engrave patterns in metal, to carve in stucco or to embroider leather goods. For tourists, the most interesting room of the school is the showroom where the most beautiful works of the students are presented. The building is embellished by a splendid Andalusian garden, characterized by its two main alleys intersecting in the middle, on the site of a decorative fountain.

Museum of Popular Arts and Traditions

The visit of this museum allows to know better the culture and the art of Morocco.

From the hall, you can admire original Andalusian musical instruments, such as tambourines, castanets, harps or guitars. The interior courtyard has exhibition halls of which The most interesting, the kitchen room, presents both dishes necessary for the preparation of couscous and the traditional mint tea that used to serve dishes, terracotta and richly adorned, which is characteristic of the Tetouan school.